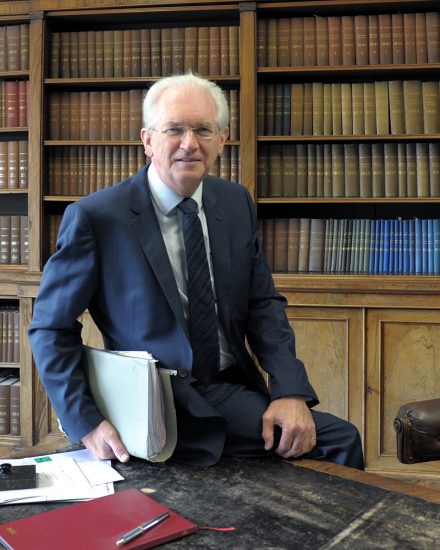 Jonathan was admitted as a solicitor in 1968 and is our enormously experienced Senior Partner, specialising in Wills, Probates and Trusts. As such he is a long-standing member of the Society of Trust and Estate Practitioners.

He is a much respected member of the local community. having always lived and worked in or around Halesworth. Consequently he knows just about everyone and is particularly suited to understanding the changing patterns of life in the town and the challenges ahead.

Educated at Bungay Grammar School, he joined Cross Ram & Co in the 1960’s and joined his father, George Margarson, in partnership in 1970, a few years later, becoming senior partner.

His early years in the profession were spent dealing with a wide range of issues including representing clients in criminal and civil matters at the then Halesworth Magistrate’s Court and County Court. Now a member of the Society of Trust and Estate Practitioners (STEP) , he specialises in Wills, Probate, Trusts and associated matters. He also has considerable experience in agricultural and other property matters, and serves as Clerk to the Trustees of several Charities in North-East Suffolk.

Jonathan has two adult sons. On account of of his wife’s Australian connections, he was admitted as a Barrister and Solicitor of the Supreme Court of Australian Capital Territory in 1988. In addition he’s been kept busy in public life being past Chairman of his Parish Council, a Feoffee of the Rumburgh Town Lands Charity and, for 35 years, member of Halesworth Rotary Club. He was also an enthusiastic hockey player involved in the creation and administration of the original Halesworth club and also served on the County Executive for the sport but now he admits that “my present fitness regime is limited to supporting (from afar) the fortunes of Norwich City!”

The last 40 years have seen extraordinary changes in the legal profession and in the town and countryside. Halesworth’s population has grown enormously and there has been a significant movement away from small farms to large agricultural units. “I am keen to see Halesworth continue to provide opportunities for employment and provide encouragement for young people to stay in the locality“.